Landowner’s rights in relation to Drones 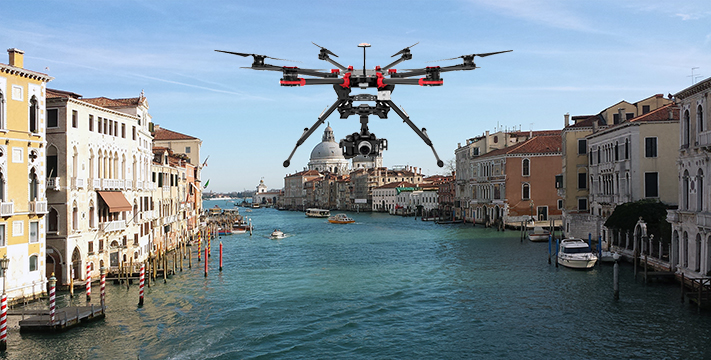 This article seeks to explain the rights and responsibilities of Landowners in relation to overflight by Small Unmanned Air Vehicles often referred to as Drones.

You’re taking the kids out for a walk across open fields following your favorite footpath when a terrible thing happens. A fence falls and hurts your child which, may be life threatening. Your first actions are for the health of your child but in the aftermath, you reflect on the cause of the incident. It transpires that the fence was in a poor state of repair and your enquiries reveal that it has previously been drawn to the attention of the farmer who has taken no action. You consult a claims solicitor who eagerly takes on the case and launches a suit for damages.

The fact is that landowners can be held responsible for accidents that take place on their land where a member of the public has in this example been injured. A land owner merely giving permission to a Drone Pilot does not mean that the landowner has passed on all responsibility to ensure the operation is safe. The permission, a licence to access the land, for the purpose of flying a Drone needs to define the proper management and insuring the operation, to absolve the Landowner from responsibility.

If you now insert National Trust or Port of London Authority for example you can see why they would be quite irresponsible to grant general permissions for the flight of a drone without proper examination of the purpose of the flight. A general statement in their bylaws or conditions of access will no doubt say that Drone operations are not permitted. If a member of the public breaks those conditions and an accident happens they are in a far stronger position to defend against claims. Of course, rules must be stuck to and enforced so if they turn a blind eye to the use of Drones landowners may find themselves implicated in a claim.

Who owns the air above your land?

Well in short you do! So why do you ask are aircraft allowed to overfly? The answer is in the Civil Aviation Act 1982 which, denies the landowner any remedy for “trespass” or “nuisance” “by reason only of the flight of an aircraft over any property at a height above the ground which, having regard to wind, weather and all the circumstances of the case is reasonable, or the ordinary incidents of such flight.” If your neighbours tree overhangs your property you are entitled to ask them to remove it or do so yourself (subject to tree preservation orders of course) and return to them the offending branch. In built up areas you now rarely see T cranes with their swinging counterbalance. This is because the adjacent landowner is entitled to refuse permission for it to over swing their land and can charge a substantial sum to grant permission. Under English law a landowner owns the airspace above his land (unless it has been expressly excluded from the lease or transfer to him) and it is therefore trespass if a developer or its contractor allows a tower crane jib to swing across land owned by other parties. An adjoining owner can obtain an injunction to prevent such trespass without needing to show that any damage has occurred. An ‘Oversail’ licence is required and a fee must be negotiated in which the landowner can effective ask whatever they like.

Not yet tested in law the same will apply to the operation of a drone. You must have permission of the landowner to overfly their land because drone operations take place in that area below that the level at which ordinary flight takes place. This area of airspace owned by the landowner!

Ah, but my permission from the CAA says I can fly up to 50 meters from a structure so surely if I keep that distance away I am ok. Well no, all the CAA are doing is saying what you can do from the CAA point of view. It is down to you the Drone Pilot to secure the permissions to overfly land that you have not had permission to take off from.

Bear this in mind that when you overfly a piece of land and get some cracking shots of some marvelous piece of art, country house or amazing view and offer them for sale. You may well find that the landowner over who’s land you have overflown might pursue a claim for damages. Responsible photo libraries will want to see all the of rights you have obtained in material offered. You too should ensure that when you obtain a permission to fly that you clearly define the purpose of the flight and ensure you have secured the rights to use your material.

What is my Land

The common law distinguishes between two different types of airspace. The lower and Upper stratum.

Wrongful intrusions include; Overhanging branches of a neighbours trees and plants or  projecting eaves or advertising signs and Booms of cranes being used for construction work on neighbouring land.

What is legally my Land

The legal issues relating to cranes

A licence should cover issues such as the times of day (and night) the cranes may oversail the neighbouring airspace, the heights at which they may do so and the duration of the licence. A well advised land owner will probably also require an indemnity against any damage that the crane may cause and reimbursement of their legal costs of obtaining the licence.

The legal issues relating to cranes

Rights Above and Below the Surface of Land

Historically it was considered that the land owner owned everything above and below the surface of the land. Cuius est solum eius est usque ad coelum et ad inferos was said to apply – meaning whoever owns the soil owns everything up to the heavens and down to the depths of the earth. This, however, is no longer strictly the case and there is no absolute right in respect of the airspace above the land and things below the surface of the land.